The attractions of Wrocław in Poland 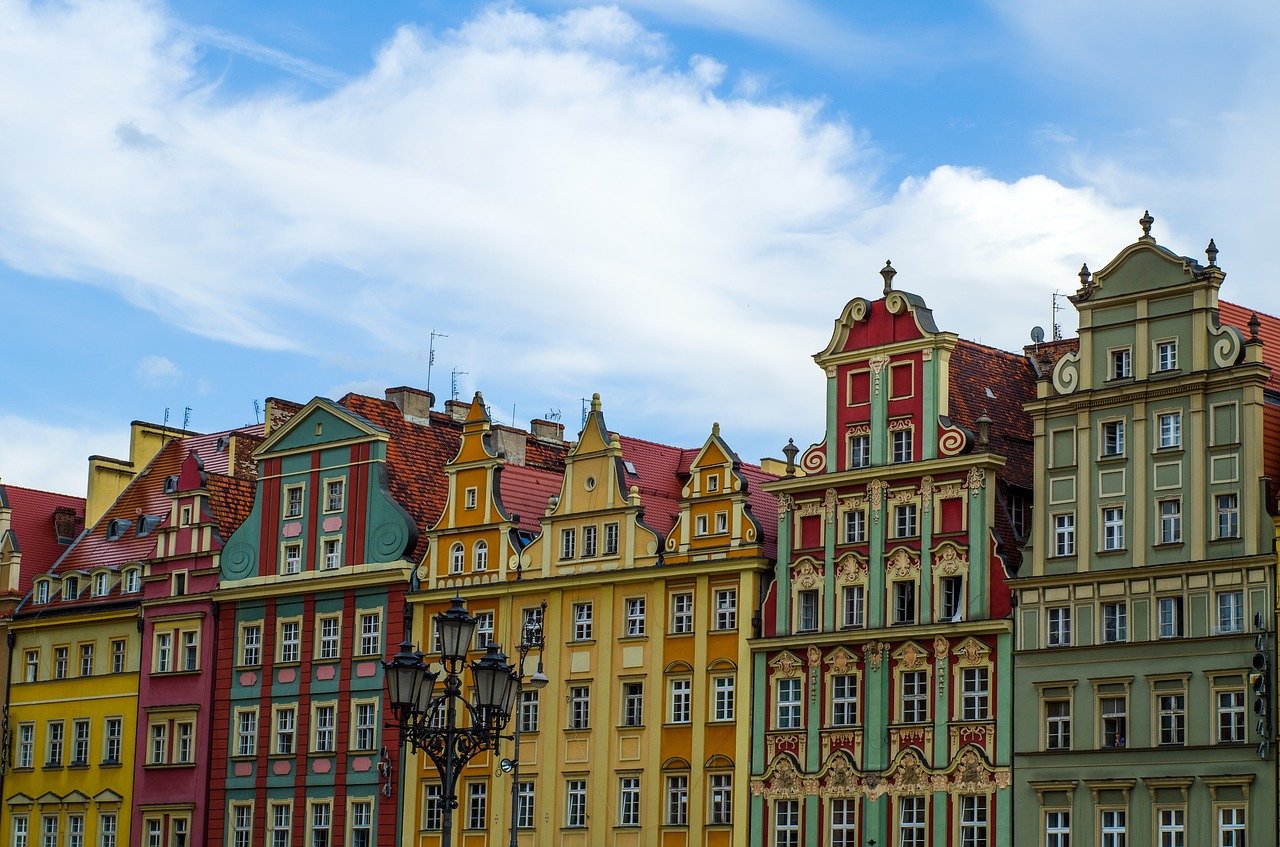 Wrocław is one of the oldest and most picturesque Polish cities. All tourists note its beautiful Old Town with Baroque and Gothic architecture and numerous bridges and canals, which outnumber the bridges in Bruges. Wrocław is a stunning city for the traveler who is ready to walk, admire and enjoy. Even though there was a lot of destruction in 1945, the city still has many interesting sights to impress you.

The first place to start is probably the Market Square (Rynek), the main square and architectural axis of Old Wrocław. It is one of the largest city squares in Europe, surrounded by photogenic beautiful buildings. On the southern side of the square the Town Hall is located, nowadays it’s a home to the Museum of Municipal Art. The building was founded in the 14th century and inside you can see the stunning Gothic decor.

The Tum island is not one, but a group of islands in the course of the river Oder. Its most famous landmark is of course the Wrocław Cathedral, a marvelous Gothic building that dates back to the 13th century. Conveniently, you can take an elevator up to the top and enjoy a panoramic view of the city. In addition to the cathedral, there are several other old churches and centuries-old buildings on Tum island, and walking through its paved streets is a pure pleasure. For couples in love must-do is a walk with kiss on the Tum Bridge, beautifully illuminated by lamps in the evening.

Visit the baroque Royal palace. Originally this palace belonged to the Prussian monarchs. It was built in 1717 in Venetian style, and in 1750 it was bought by the Prussian King Frederick the Great, who turned the palace into his residence.

Another interesting sight is the White Stork synagogue. It is the only synagogue in Wrocław that survived the Holocaust. It was re-consecrated in 2010 after a restoration that lasted 10 years. The original synagogue in Breslau was opened in 1829.

Fans of the Gothic style will love the Cathedral of St. Magdalene. It is located near the Market square and was built in the 13th century.

One of the funniest tourist attractions in Wrocław is "Find the Dwarf". Dwarves are considered to be a symbol of the city and are placed in all its corners. Each figure is unique, with its own name, profession and biography. You can create your own photo collection of dwarves when you walk around the city.

It is worth telling about the parks in Wrocław. The oldest and largest of them is Szczytnicki Park, which stretches for several kilometers. In the park you can see the Japanese Garden, a reminder of the World's Fair of 1913, which was held in the city. Other beautiful parks of Wrocław are the Wrocław South Park (Park Południowy) with its beautiful swan ponds, the most visited in the city, and the Eastern Park on the Olawa River, a masterpiece of design. After restoration this park became a true gem of the city (it is worth visiting it in April, when the lawns are in bloom). Also, it’s worth visiting the Botanical Garden, one of the oldest and richest in terms of collections in Poland.

Moving around the city by public transport is accessible to every tourist, as at all stops you can see the direction of any transport. There are also special applications where you can see the stations and how to get to the right place. For those who prefer a sporty type of vacation throughout the city you can find places with bicycles rent, it’s very popular among tourists and residents.

In the Old Town one can find many restaurants and cafés to taste Polish cuisine.

Enjoy the freedom to explore the city, use the luggage storage in Wrocław.