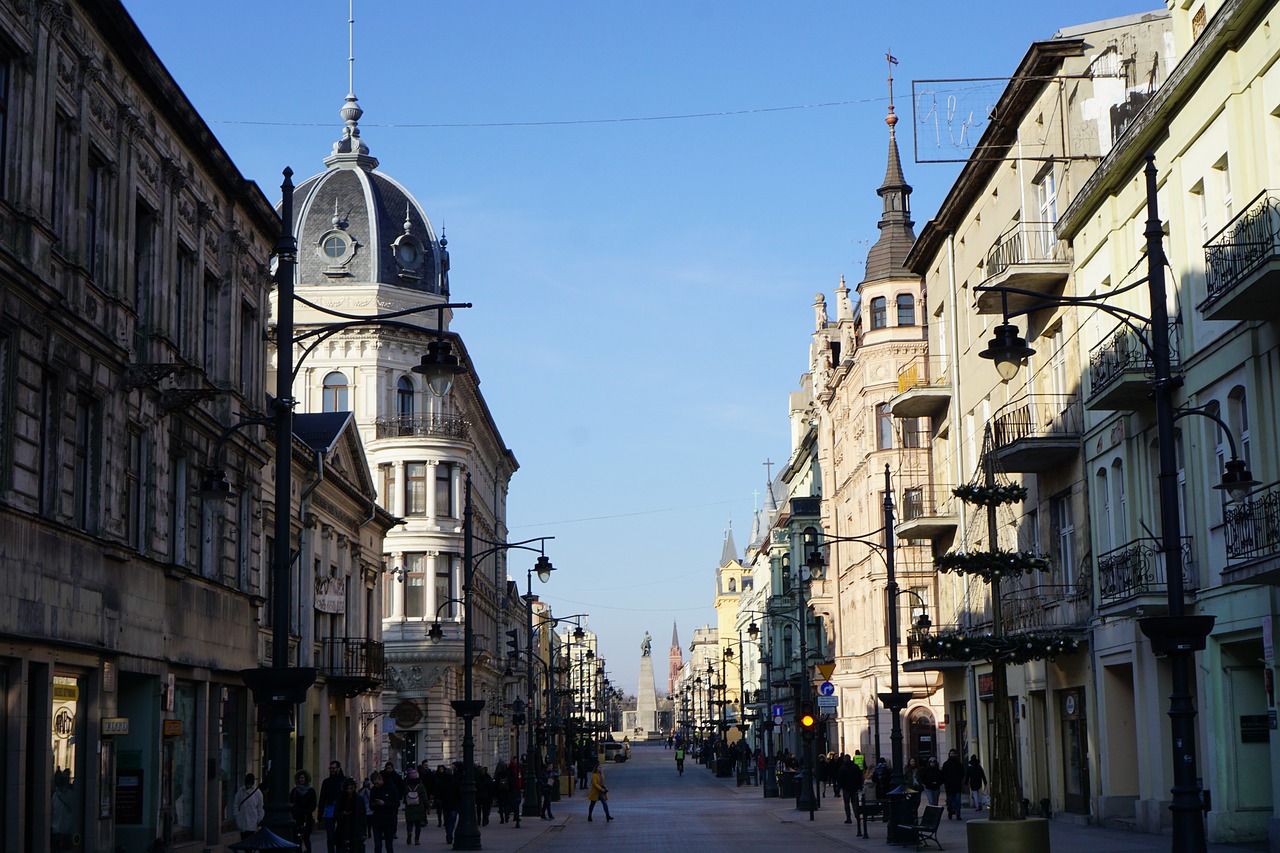 Lodz is the third largest city in Poland in terms of population, and the fourth in terms of area. Initially, Lodz was a small village within the boundaries of the Leczyca Land. In the 15th century it was granted city rights and developed as a small agricultural town. It was not until the beginning of the 19th century that entrepreneurs came to Lodz, and in a short period of time the city's urban and architectural development was unprecedented. Thanks to the Odyseos application you will find a baggage storage Lodz facility and you will be able to take time to visit the most interesting attractions of Lodz.

Luggage storage Lodz facilities are located in the city centre near the most communicative places. They include Piotrowska Street, one of the longest shopping streets in Europe, about 4.2 km long. From the very beginning, this street was the central axis around which the city was developing. Its spontaneous development gave the current shape to the centre of Lodz. Initially, the street was a communication route, but with time it turned into a "showcase of the city", a centre of entertainment and trade, where the whole life of the growing industrial agglomeration was concentrated. Using the Odyseos application, it is worth to use the guide in Lodz, which will reveal the next attractions of Lodz.

If you want to learn more about the history of the city, the Odyseos will enable you to contact a good guide in Lodz. Thanks to his professional knowledge you will learn about the main sources of development the city. For example, the history of the creation of the unique Manufaktura shopping centre and many other attractions in Lodz.

Luggage storage Lodz facilities are located in convenient places for tourists close to the main transport routes. Thanks to the Odyseos you can use a guide in Lodz, which will guide you through the most interesting places and discuss the historical curiosities of the city. You will walk with it through the most interesting parts of the Lodz agglomeration and delve into the big industrial climate of the city.

A good guide and luggage storage Lodz will provide you with comfort while visiting the attractions of Lodz.