Attractions of Wiesbaden in Germany 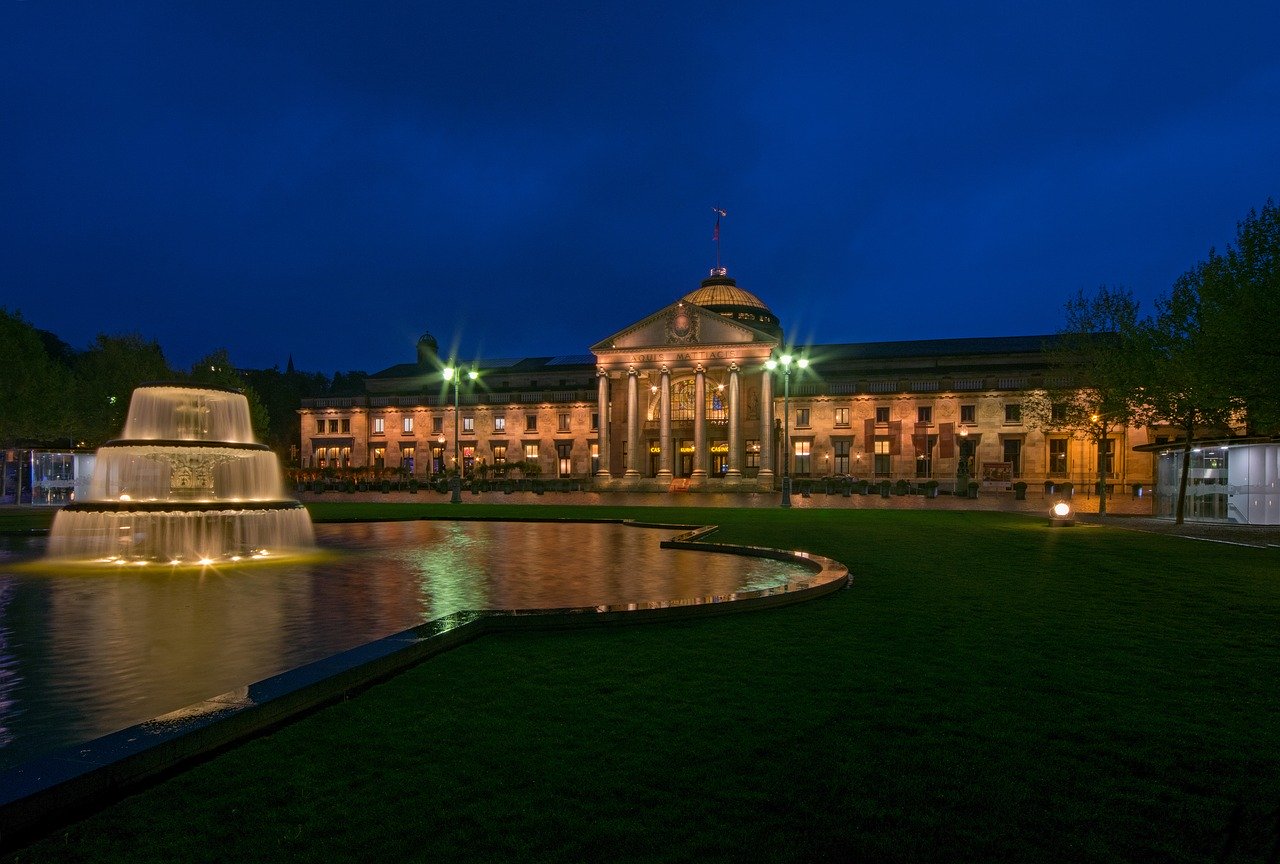 Attractions of Wiesbaden in Germany

Wiesbaden, the capital of Hessen, lies on the banks of the Rhine. On the other, southern bank of the river lies Mainz, the capital of Rhineland-Palatinate. Wiesbaden is much smaller to Frankfurt am Main, but it is the capital. A local saying goes: "Work in Frankfurt and live in Wiesbaden" and it is true that "Wiesbaden has long had a reputation for a healthy lifestyle. Already the Romans appreciated the hot springs here, and since the Middle Ages the town has earned its living from the healing properties of the local waters.

The old town hall, built in 1610, is the oldest building that survived devastating fires. Many of the historic buildings date back to the Napoleonic Wars, when the ruling prince Nassau moved to Wiesbaden and the town started to develop rapidly. From this period comes Schlossplatz (Palace Square), where the prince's residence is located, and Luisenplatz (named after the prince's wife), which is surrounded by classical buildings. In the square there is a magnificent church, which is the architectural highlight of this place.

After 1866 the town developed under Prussian rule, attracting German social cream (Emperor William II was a regular guest here). Wiesbaden was known as "Nice of the North" for its beautiful villas, large buildings and mineral springs (Quellengebiet). Today there are spa resorts, magnificent theatres, wonderful parks and wide, tree-lined alleys. This combination has given the town an elegant character, which still remains despite the rapid economic growth of the 20th century.

Today's Wiesbaden is an important commercial and industrial centre. However, the most important thing here is to provide for tourists. Wiesbaden invites you to enjoy the spa, visit the shopping areas and watch dozens of annual events that make Wiesbaden famous as a "festival city". Don't come here for museums and culture, but for the relaxation you'd probably like to get used to very quickly.

Admire the attractions of Wiesbaden, use the luggage storage in Wiesbaden.