Attractions of Regensburg in Germany 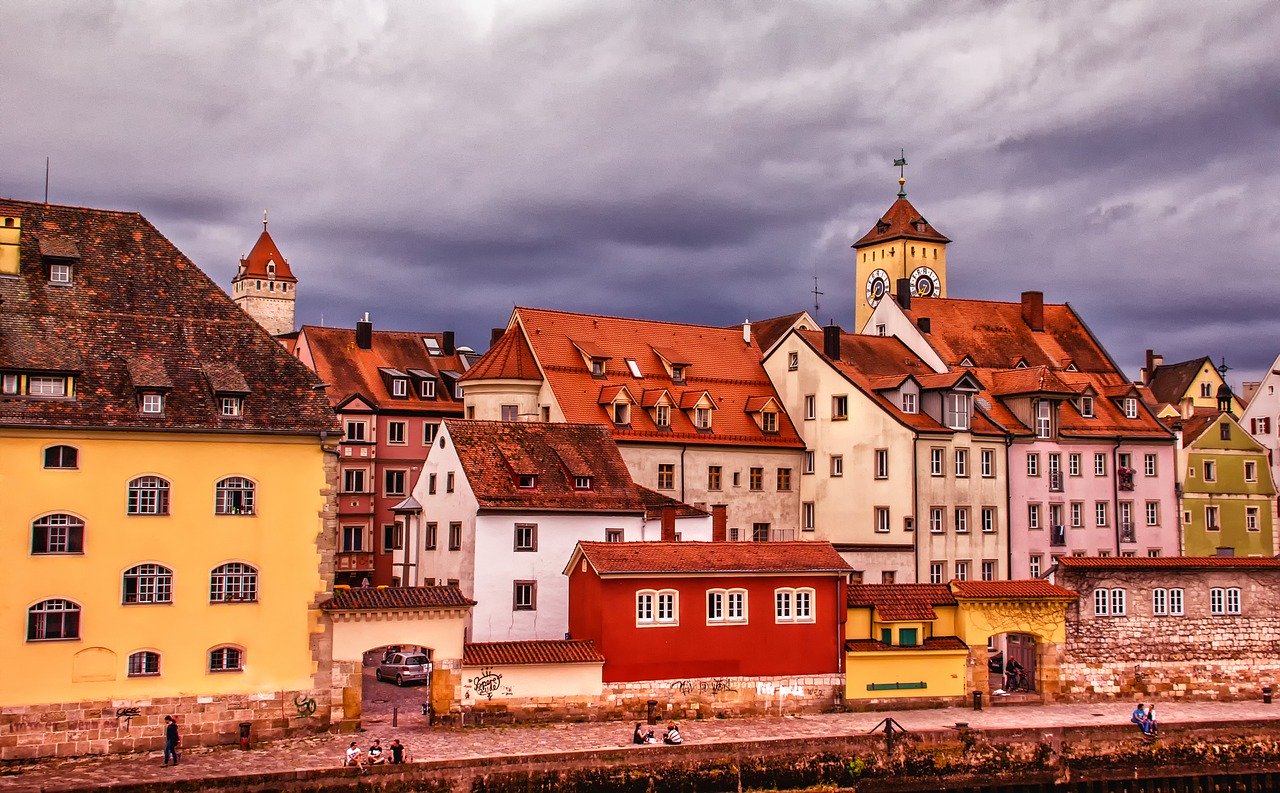 Attractions of Regensburg in Germany

Ratybona is a medieval Bavarian jewel. Unlike other German cities, Regensburg was spared by allied bombings and its architectural heritage did not have to be restored. Although the town lost the Romanesque church Obermunster (only the bell tower survived), the old town (Altstadt) remained intact and is a UNESCO World Heritage Site.

This historical settlement lies at the confluence of the Danube and the Regen River, near the Bavarian Forest. The view across the river over the old town is certainly recognisable to the residents returning to the town after a long absence: The Stone Bridge from the 12th century and the mixture of colourful buildings on the waterfront are an unmistakable picture - everything a medieval town needs here.

To tell you the truth, these long absent residents could be a little confused by the appearance of the cathedral. Construction of this Gothic masterpiece began in 1275 and continued for the next four centuries. The twin towers were not completed until 1869. Many historical buildings have survived, even those from the time of the Romans, like the eastern tower of the Pretoria Gate. The value of the architecture built between the 11th and 13th centuries defines the character of the old Regensburg. Noteworthy buildings such as churches, towers and the 14th century stand proudly in a maze of narrow streets, tall houses, monastery remains and strong fortifications.

Don't think you'll find anything but a medieval fairy-tale city in Disney style. Regensburg is also a completely modern city that stretches far beyond the old center, has a busy river port and highway, and has many purely urban activities. If you doubt that this is a 21st century city, take a look at the BMW factory.

Admire the attractions of Regensburg, use the luggage storage in Regensburg.